Until the early 1990s, the internet was largely populated by academic, government, and industrial researchers. the new application, namely the WWW (World Wide Web) changed all that and brought millions of new nonacademic users to the Internet.
Together with the Mosaic viewer, written at the National Center for supercomputer applications, the WWW made it possible for a site to set up a number of pages of information containing text, pictures sound, and even video with embedded links to other pages.
By clicking on a link, the user is moved to the page pointed to by that link. numerous another kind of pages have come into existence in a very short time, including maps, stock market tables, library card catalogs, recorded radio programs, and even a page pointing to the complete text of many books whose copyrights have expired. now with the internet explorer integrated with the Windows 9X/XP operating system, the accessibility of the internet is much easier and a new application called Net Commerce is emerging very fast. 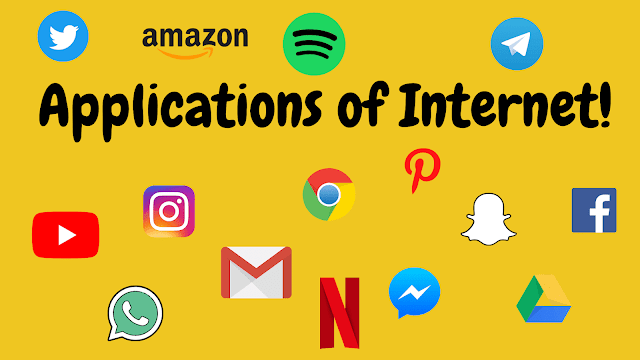 Important Applications of the Internet.

A Simplified hierarchical model of the internet includes the following basic terminologies. 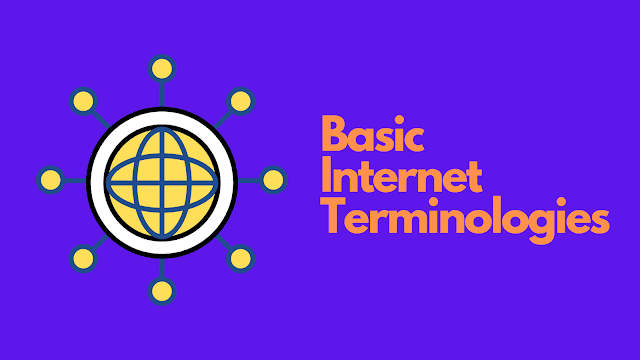 When digital data are to be sent over telephone lines, the digital signals must be converted to analog form. the technique by which a digital signal is converted to its analog form is known as modulation. the reverse process, i.e. the conversion of the analog signal to its digital form at the destination device is called demodulation.
The process of modulation and demodulation, that is the conversion of digital data to analog form and vice versa is carried out by a special device called a modem (short form for modulator-demodulator).

Internet Protocol (IP) is responsible for addressing and sending data from one computer to another computer.

IIS (Internet Information Server) is a group of Internet Servers (HTTP server and FTP server) including the additional capabilities of Windows NT and Windows 2000.

It uses a set of rules to exchange messages with other Internet points at the information packet level.

An Internet Service Provider or ISP is one gateway to the Internet. In most cases, you connect to an ISP by using a PC modem to dial into your ISP's modems over a standard telephone line. your modem connects to a single modem among a bank of modems at your ISP. this is called a dial-up connection. users within corporations and large organizations typically connect to an ISP via a high-speed link (typically over fiber optic cabling but not phone lines) called a direct connection.

Netiquette is a collection of rules, standards that distinct the internet from traditional forms of communications such as telephone conversion, face-to-face meetings, paper-based letters. it helps you to avoid misunderstanding that may arise during communication accomplished via any internet services especially E-mail, chat and mailing lists, etc.

Communications that do not waste the user tie are considered as good netiquette.
Add Comment
internet
Friday, March 19, 2021