Internet layer is used for routing and providing a single network interface to the upper layer. routing is complex and important, and it is the job of the Internet layer to carry it out. The protocol IP is so integral to this layer, the very name of it is the name of the layer itself. IP looks at each packet's IP address. Then using a routing protocol, it decides where this packet is to be sent next, choosing the best path. 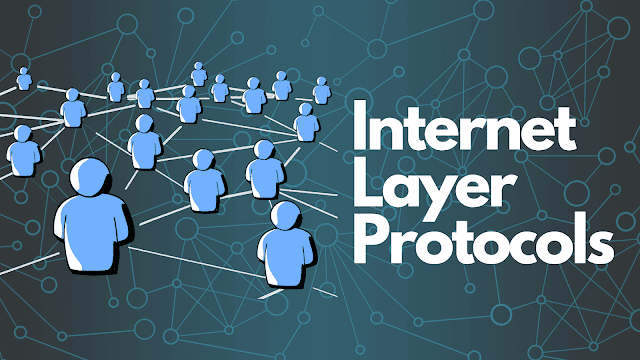 Address Resolution Protocol is a network layer protocol. it is concerned with mapping node names to IP addresses. It equates logical and physical device addresses. the Address Resolution protocol associates an IP address with the physical address. on a typical physical network, such as a LAN, each device on a link is identified by a physical or station address which is exclusive or the network interface card (NIC). ARP maintains tables of name-to-address mappings. it can send packets out for searching the address if a desired name or address is not currently available in its table.
Physical addresses can be changed easily by the network administrator. For example, if the NIC on a particular machine fails, the physical address changes. the IP addresses have universal jurisdiction. these IP addresses cannot be changed. ARP is used to find the physical address to the node when its Internet address is known. any tie a host, or a router, needs to find the physical address of another host on its network, it formats an ARP query packet.
This query includes the IP address. this packet is broadcasted over the network. the host holding the datagram adds the address of the target host both to its cache memory and to the datagram header. therefore, it sends the datagram on its way. every host on the network receives and processes the ARP packet, but only the intended recipient recognizes its internet address and sends back its physical address.

It is a TCP/IP protocol and service. it allows diskless workstations to obtain their IP address, other TCP/IP configuration information, and their boot image file from a boot trap protocol (BOOTP) server. the network interface card (NIC) on these diskless workstations contains a programmable read-only memory (PROM) chip containing code necessary to initialize the client. when a BOOTP client is started, it has no IP address, so it broadcasts a message containing its MAC address onto the network.
This message is called a "BOOTP request" and it is picked up by the BOOTP server, which replies to the client with the following information that the client needs:

This is the standard protocol developed for UNIX environments and that supports TCP/IP networking over a serial transmission line that is connected by a modem. it is an older serial line protocol that does not support automatic negotiation of network configurations. it has been replaced by PPP (Point to Point Protocol) because of the following reasons:

Point to Point Protocol provides router-to-router and host-to-network connection over synchronous and asynchronous circuits. It was designed to work with several network layer protocols such as IP, IPv6, IPX, and AppleTalk. PPP frames can be transmitted over a serial transmission line such as Old Telephone Services, ISDN (Integrated Services Digital Network). It includes LCP (Link Control Protocol) and NCP (Network Control Protocol) for establishing, testing WAN connections, and performing modification in network communication using each network protocol. It is the supervisor of SLIP (Serial Line Internet Protocol) because:
Add Comment
Networking
Saturday, March 20, 2021